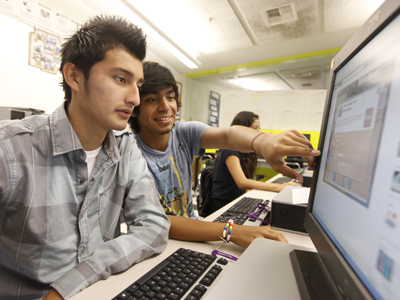 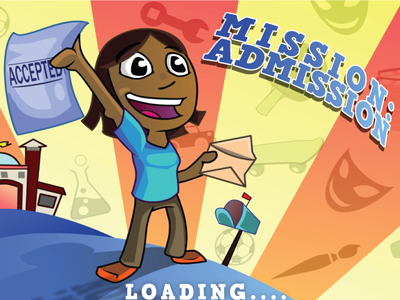 Mission: Admission is an asynchronous game designed to help underserved high school students understand the strategies and skills needed to apply to college. Players level up a new student character every week, planning for scholarship and college application deadlines that occur in real time.

Mission: Admission began as an adaptation of the card game Application Crunch for Facebook. After initial pilot testing in collaboration with the USC Rossier School of Education, it received additional funding for development on new platforms. The latest version of Mission: Admission for iPad and web is currently being studied in 50 schools in California as a part of a Department of Education First in the World Grant awarded to the project for $3.2 million. It is part of the FutureBound Games suite.

Elizabeth Swensen is a game designer, instructor, and paper-tearer. She received her M.F.A in Interactive Media from the University of Southern California and her B.A. in Classics from Willamette University.

She is very interested in shaping narrative for interactive experiences, playing with glue guns, trying to remember how to translate Latin poetry, and writing in third person.